“Son, that’s the best I’ve ever played and had absolutely no chance of winning.” – Fuzzy Zoeller 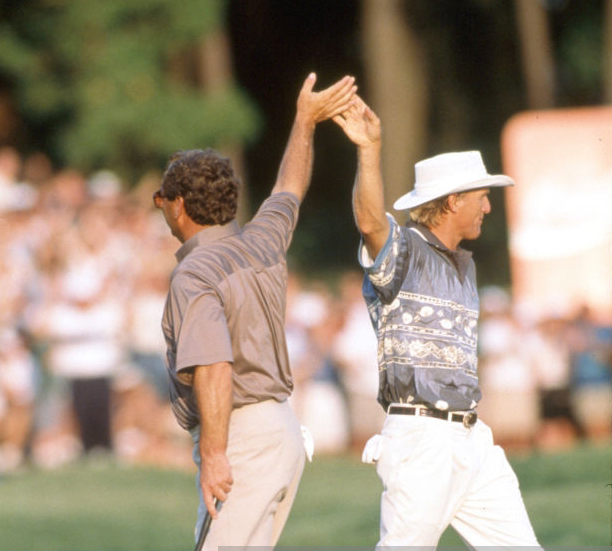 In 1994 Fuzzy Zoeller would have thought his apparent tournament record, 20 under par, was more than enough to win that year’s THE PLAYERS Championship.  Little did he know there was a “shark” patrolling the grounds of “The Mean Deane Dome.”  Greg Norman, The Shark himself, produced what some call a “once in a lifetime” week at Ponte Vedra.  He would go on to shoot what is still the tournament record 264 or 24-under par beating Fuzzy by 4 strokes. “Son,” said Zoeller, “that’s the best I’ve ever played and had absolutely no chance of winning.” To watch a video of the clinching moment go to: http://bit.ly/33cEsXb