“I don’t think you’ll find four tougher finishing holes anywhere–they’ll bring out the man in you.” 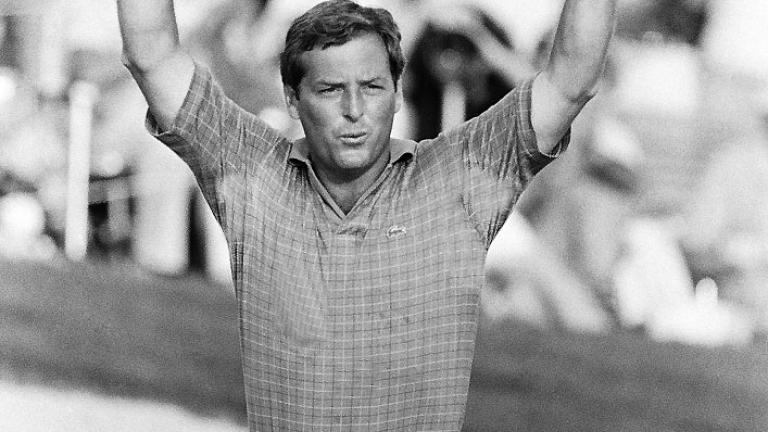 Defending U.S. Open Champion Fuzzy Zoeller returned from back surgery two weeks ago, finishing 46th in the Doral Open and 20th in the Honda Classic.  In his third week back on tour, and in the final round of the 1985 Bay Hill Classic, Zoeller would find himself tied for the lead with Curtis Strange.  Despite 84-degree heat and being challenged by Tom Watson early, Fuzzy would go on to shoot a 67 in his final round and claim a two-stroke victory in the Bay Hill Classic, giving him his seventh triumph on tour. “To be just three weeks out on the tour and get a win is a great feeling,” said Zoeller, who took a winner’s check of $90,000. “I feel wonderful right now. . . . I’m on cloud nine. Anytime you beat these guys it’s exciting. I don’t think you’ll find four tougher finishing holes anywhere--they’ll bring out the man in you.” – Fuzzy Zoeller For more of the story, go to: https://www.latimes.com/archives/la-xpm-1985-03-11-sp-34066-story.html