“Can you see water? If you can see water, you gotta got for it.” 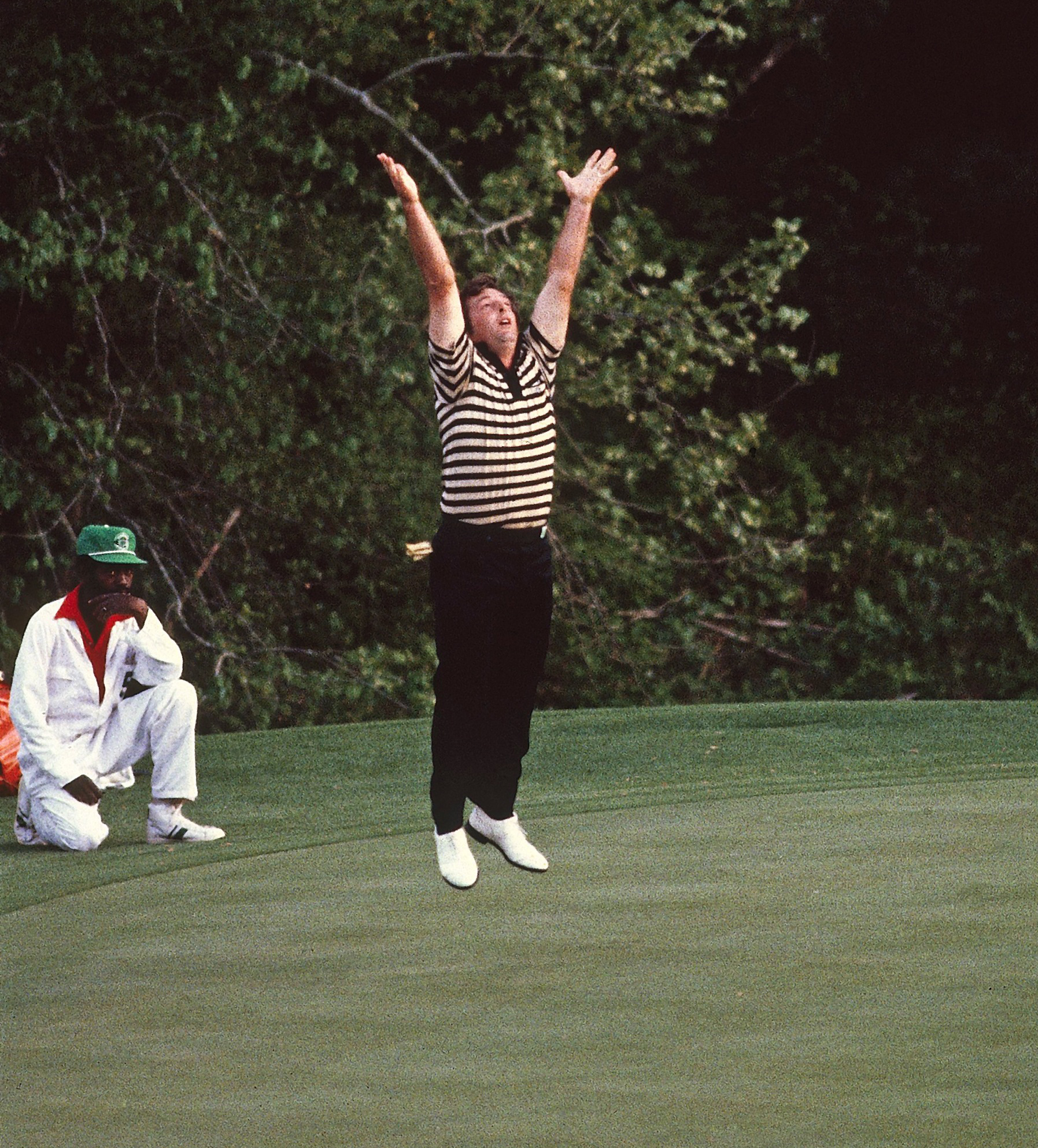 Fuzzy says it was the “luck of the draw” that landed him with Jerry Beard, the local caddie assigned to him for his first trip to Augusta National. Beard said a PGA Assistant Professional at the club hooked him up with Zoeller.  Either way, what is known is this: Zoeller and Beard teamed up that week to do something that hadn’t been done in 44 years – and hasn’t been done since: Win the Masters as a rookie. Their magic didn’t start early at the ’79 Masters. Zoeller shot a 2-under 70 in the first round and a 71 in the second to leave himself 6 strokes behind the leaders.  A 69 Saturday in tough conditions moved Zoeller into a tie for fourth, but he was six behind Sneed.  Beard, nicknamed “Bubba,” didn’t care. “It was supposed to be windy Sunday and I told my buddies if the wind blows, take my man. Fuzzy hit that low hook that would be perfect for the wind.” The course was brutal Sunday. Jack Nicklaus, who tied for fourth, was the only leader to break 70. Zoeller was 1 over through 12 holes and still trailed Sneed by four shots. It was time to get aggressive. After a so-so drive on the par-5 15th, Zoeller was facing 235 yards to the front of the green against a stiff breeze. Zoeller said the most he could hit a 3-wood was 235 yards. Decision time. “Jerry says, ‘Can you see water? If you can see water, you gotta got for it.’” Zoeller says. “See water? I can’t see any water. I’m on my tip toes leaning on the back of him trying to see water. I finally see a little blue right next to the Sarazen Bridge.”  “Then you gotta go,” Beard said. “I ain’t been wrong yet.” Zoeller hits a career 3-wood that barely clears the water and lands on the edge of the green — “I don’t know how it got there” — barely missing his eagle putt for a tap in birdie to move within three of the lead. Zoeller, who’s playing with Watson, makes a clutch birdie putt at 17 to move within two of Sneed, who just three-putted 16. Zoeller makes another knee-knocker at 18 for par and watches as Sneed finishes with three bogeys to force the playoff between all 3 men. It was on the second playoff hole, number 11, that Fuzzy seized his opportunity with a 10’ putt. “Two balls right and don’t leave it short,” Beard whispered to Zoeller who promptly drained the putt and won The Green Jacket. “Zoeller for immortality….” - Craig Dolch · April 9, 2019 1979 Masters Tournament Final Round Broadcast https://bit.ly/2VgGrGg For the full article go to https://bit.ly/2JQojxW